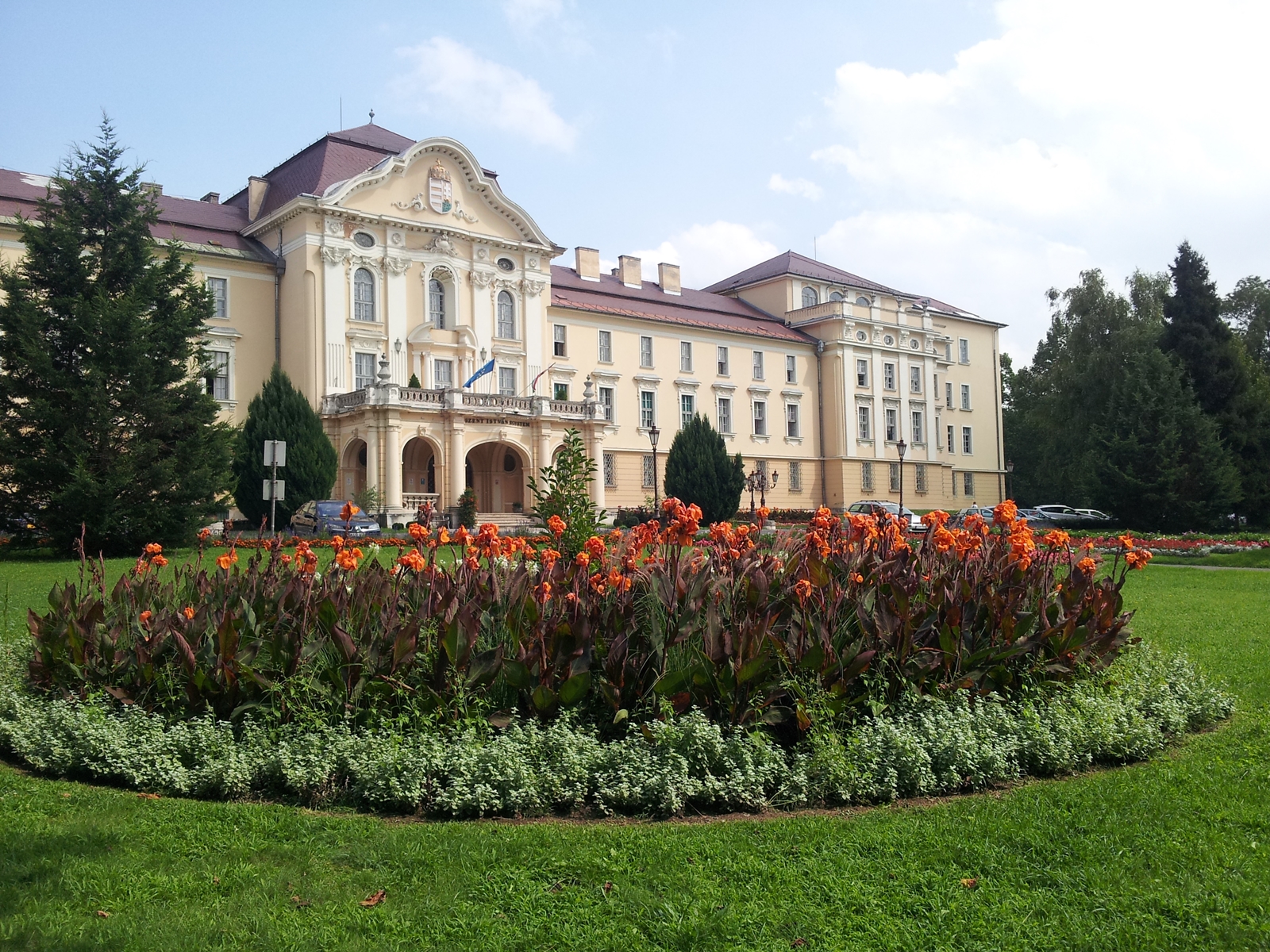 It soon became clear that new buildings were necessary to meet the right education standard in Gödöllő. A large-scale construction started during the huge reconstruction in 1958-66, though its full implementation could only take place between 1966-70, including the relocation of the Faculty of Mechanical Engineering to Gödöllő. The building, which includes the university auditorium, was completed in 1969. The floor of the hall is red marble from Tardos, the covering of the pillars is white marble. During the design period, Emil Zöldy visited Rome and under the influence of his impressions there, designed the wall of the hall opposite the main entrance so that a large work of art representing the entire university could be placed there, and proposed Amerigo Tot of Hungarian origin as the artist. On-site assembly of the monumental bronze sculpture called Apotheosis of the Seed began in May 1983. The artist also participated in the inauguration of the work, which took place on September 5, 1983, at the opening of the academic year. 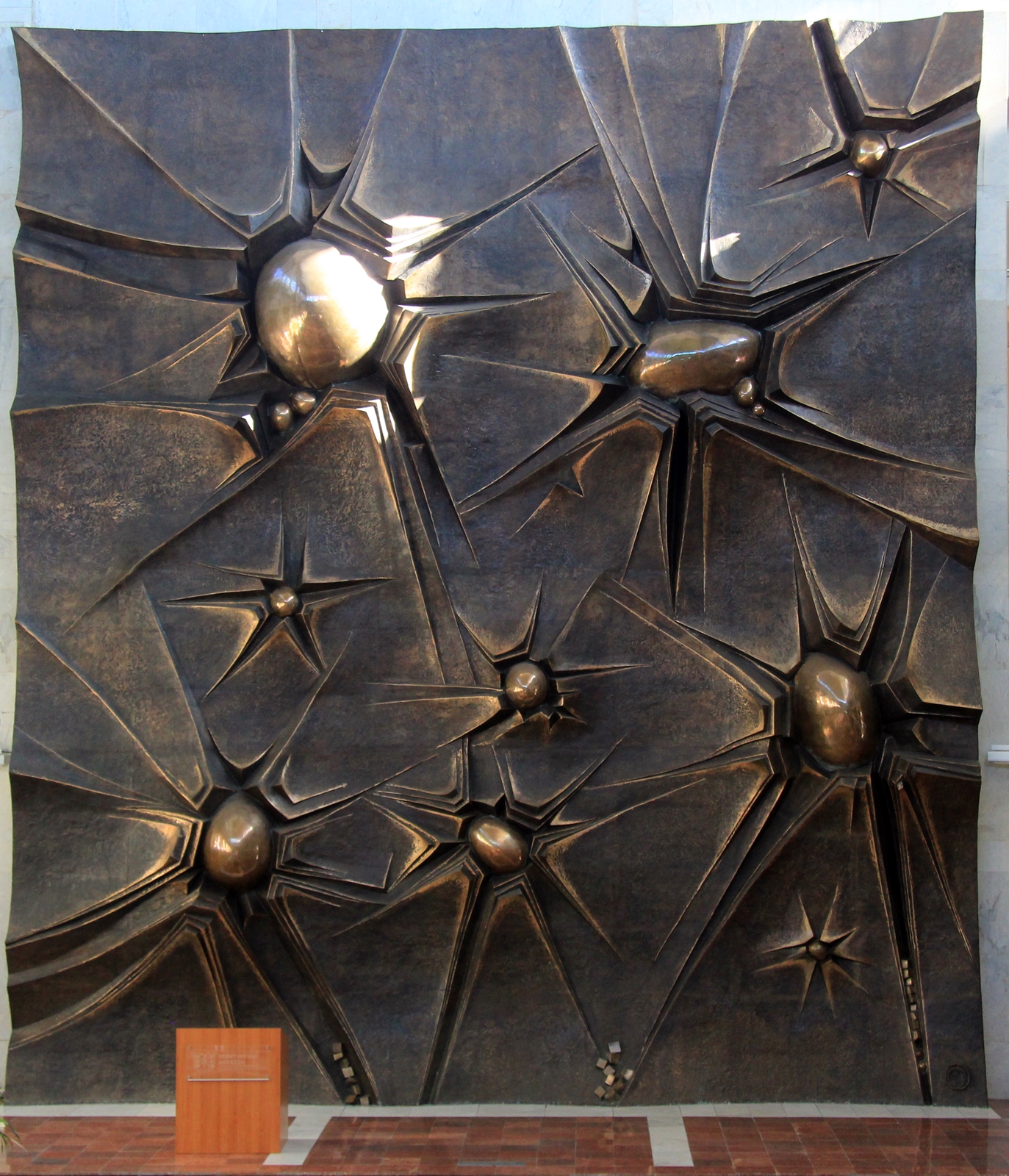 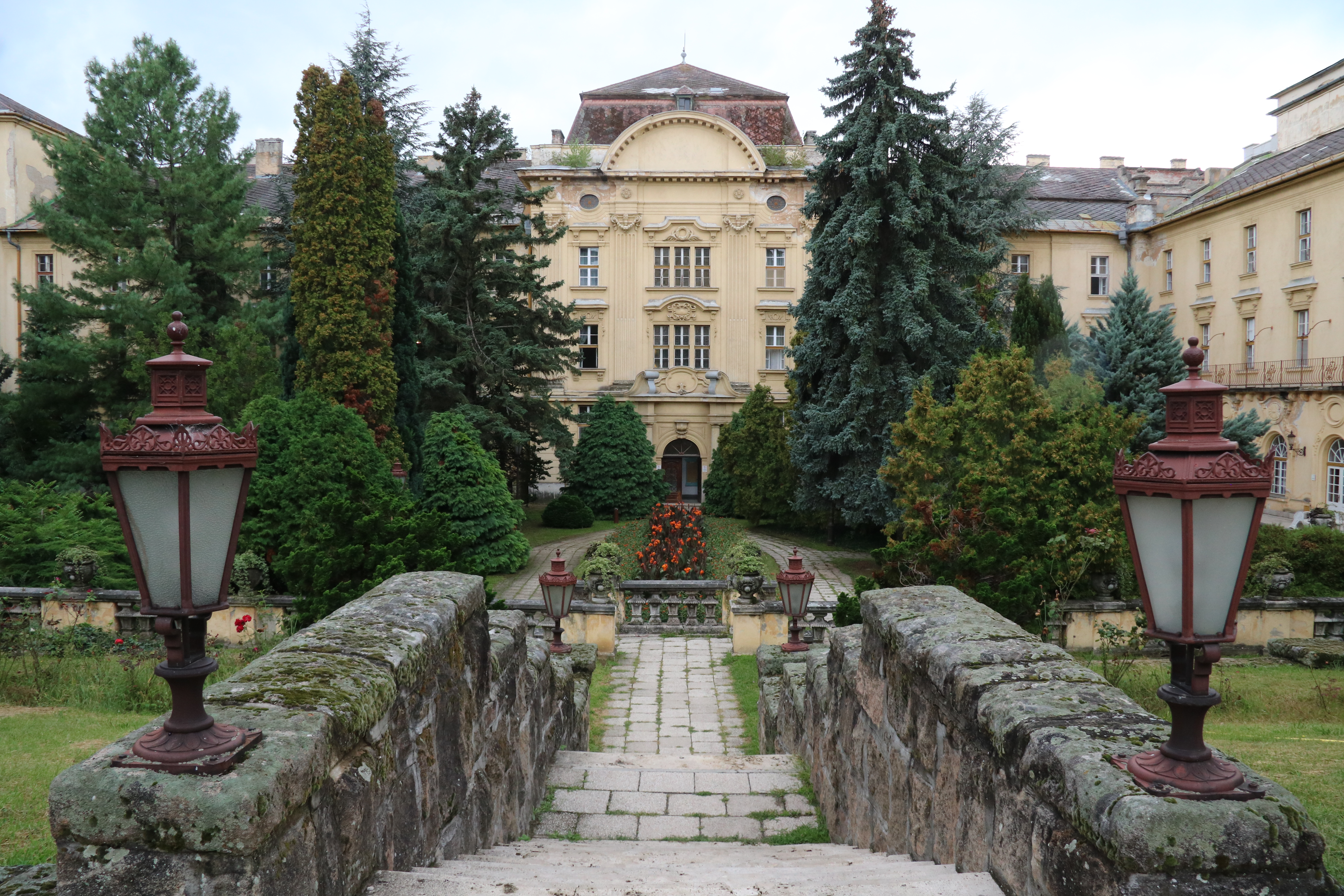 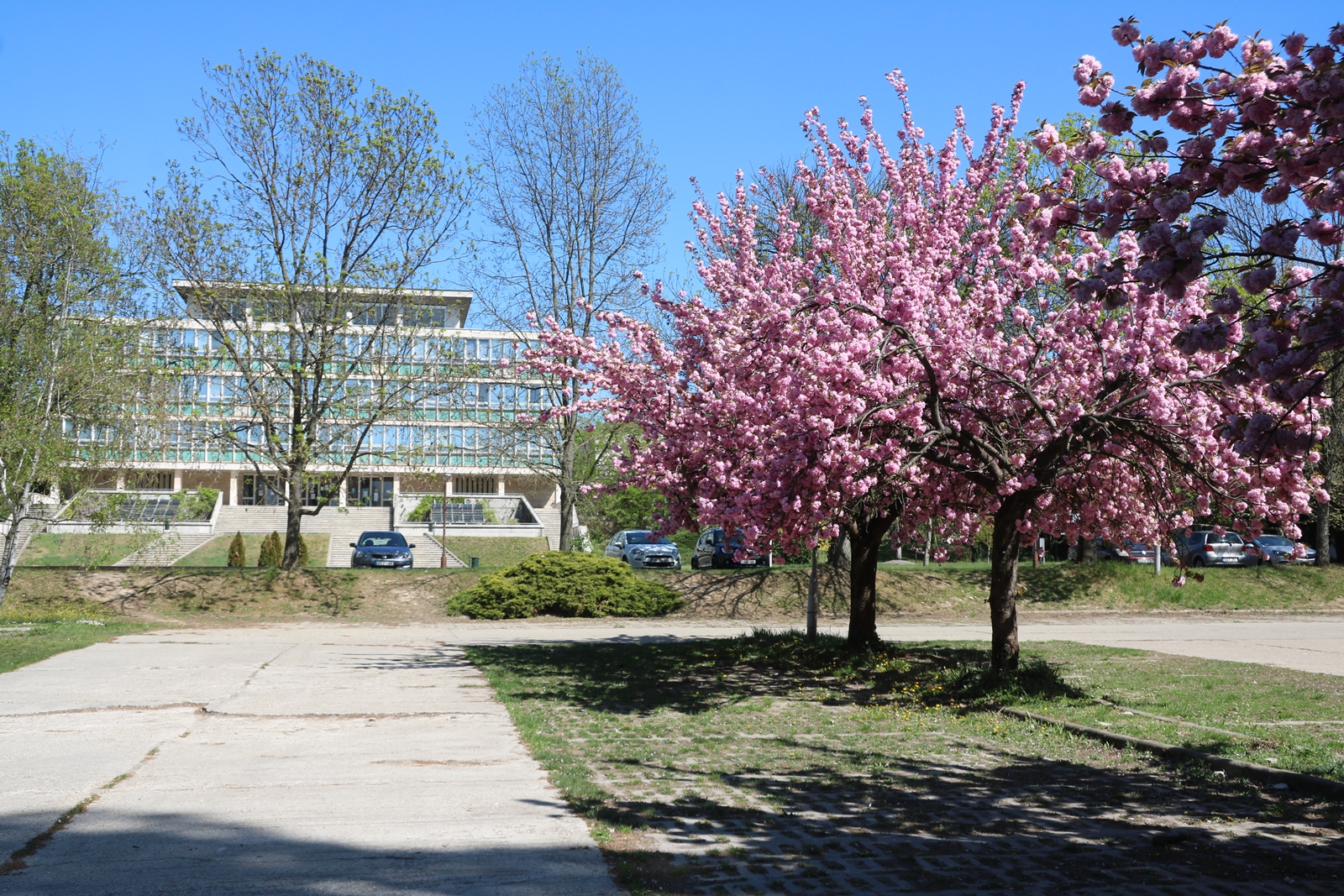 The above three Faculties, which have been operating on the Gödöllő campus for decades, ceased to exist with the establishment of the Hungarian University of Agriculture and Life Sciences (MATE) on February 1, 2021, and were replaced by an institute structure with the establishment of 9 - later 10 - institutes based in Gödöllő. At the same time, the name of the campus was changed to Szent István Campus.

Szent István Campus is currently one of the largest university campuses in Hungary, located in a landscaped area, next to the university sports fields and forests, yet in the immediate vicinity of the city. 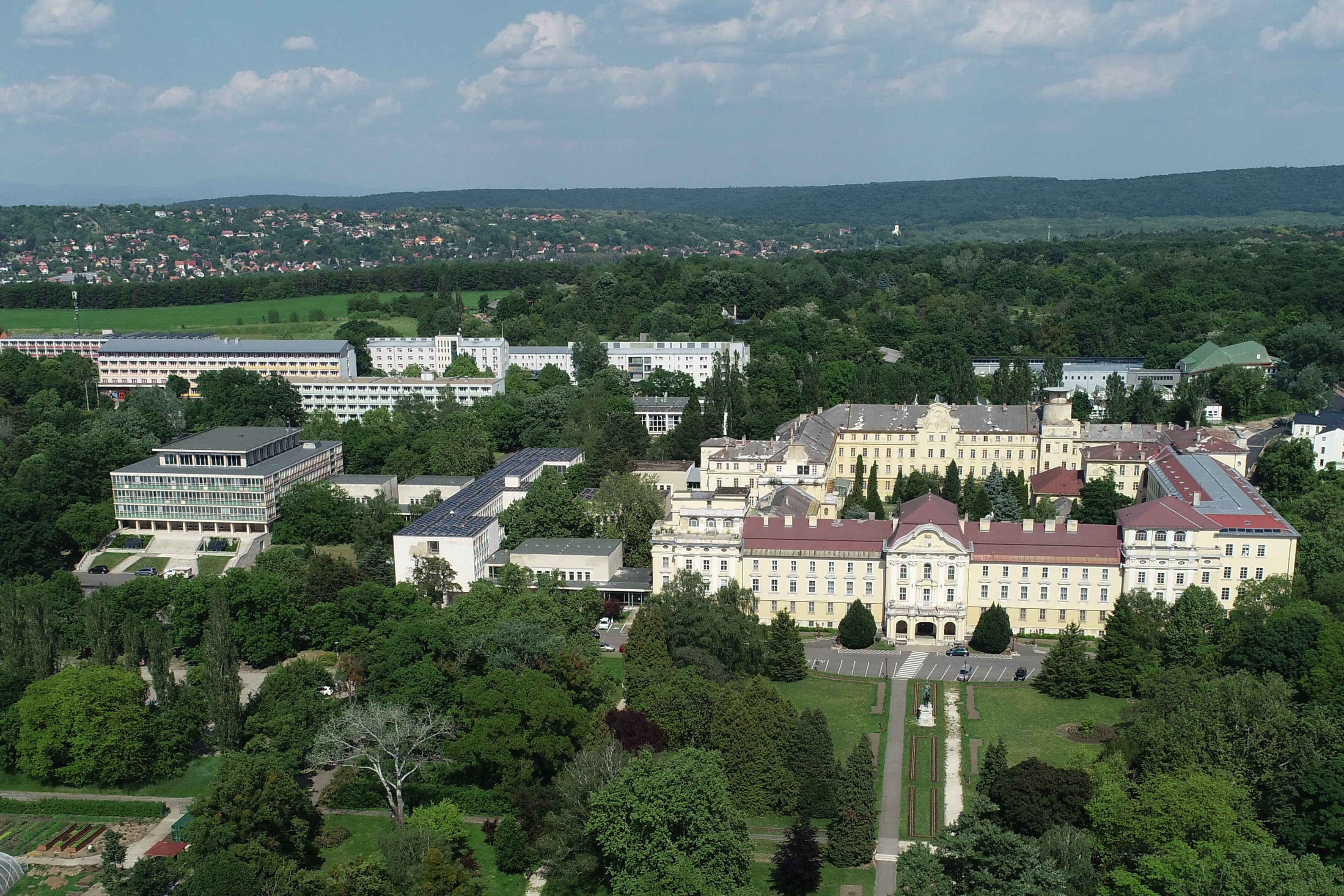 There are shops, a pharmacy and a post office on the campus, and the dormitory was built next to the university buildings, a few minutes' walk away.

Gödöllő Dormitories are an interconnected building complex consisting of seven multi-storey buildings, with the possibility of accommodating about 1,700 people. There are rooms of different designs, comfort levels and capacity on different levels of the buildings, so that almost all housing needs can be met. Two buildings (A-B) were renovated in 2007 and 3 buildings (D-E-F) were built in 2006. The buildings have kitchen, lounge, laundry room, study rooms for the convenience of students. There are buffets in several dormitory buildings, a hot buffet in the main building, and a restaurant and university canteen for additional dining. The central building of the dormitory has five function rooms, which are well-suited for holding student discussions and events. Those arriving by car can park for free next to the dormitory buildings.

Adjacent to the campus is the Gödöllő Botanical Garden, which dates back more than 50 years. The garden is the first agrobotanical garden in Hungary, inhabited by more than 1,400 domestic and foreign plants from distant continents, and the number of economic crops is very significant. It's 15 different collections, temperate bamboos, colorful magnolias and wild roses are among the richest collections in the country. The Old Wild Pear Tree, located in the middle of the garden, was the winner of the Hungarian Tree of the Year Competition in 2013, and the silver medalist of the European Tree of the Year Competition in 2014. The garden has been a nature reserve since 2008.