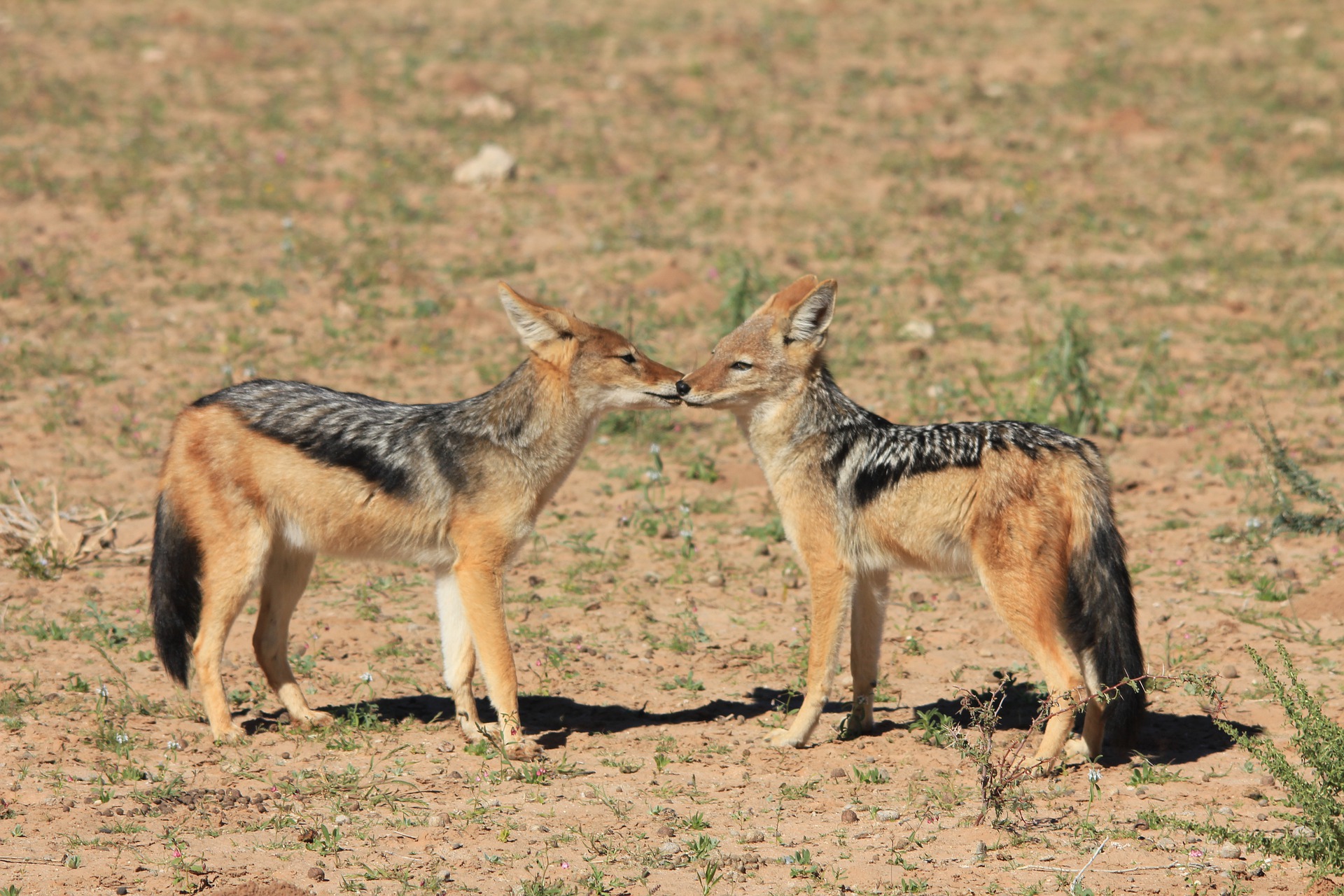 The black-backed jackal is native species to Africa. The species lives in two discrete areas separated by Olduvai Gorge (part of the Great Rift Valley) in northern Tanzania. This landscape is extremely arid making living conditions for most organisms extremely difficult. One region includes the southernmost tip of the continent including South Africa, Namibia, Botswana, and Zimbabwe. The other area is along the eastern coastline, including Kenya, Somalia, and Ethiopia. 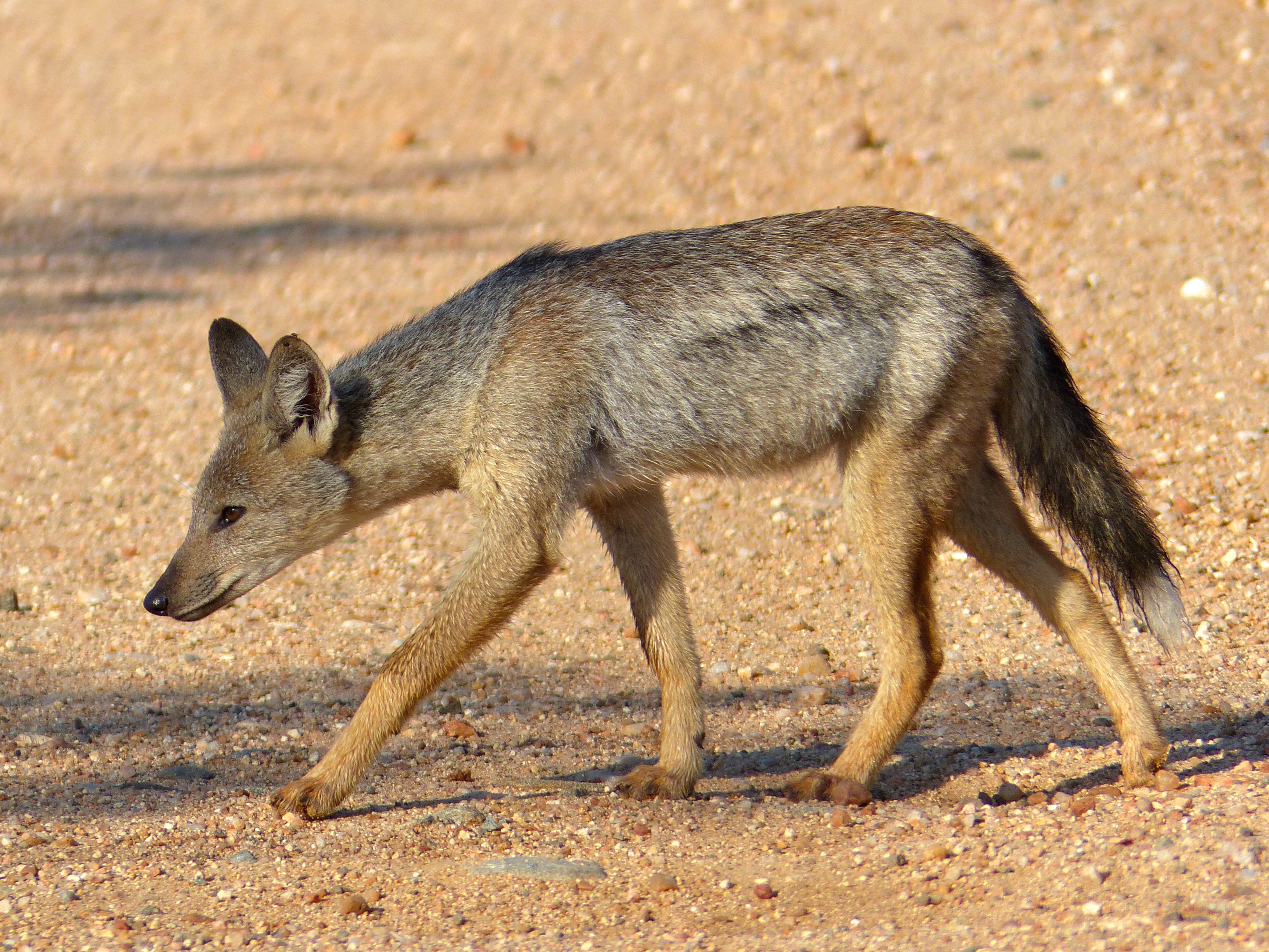 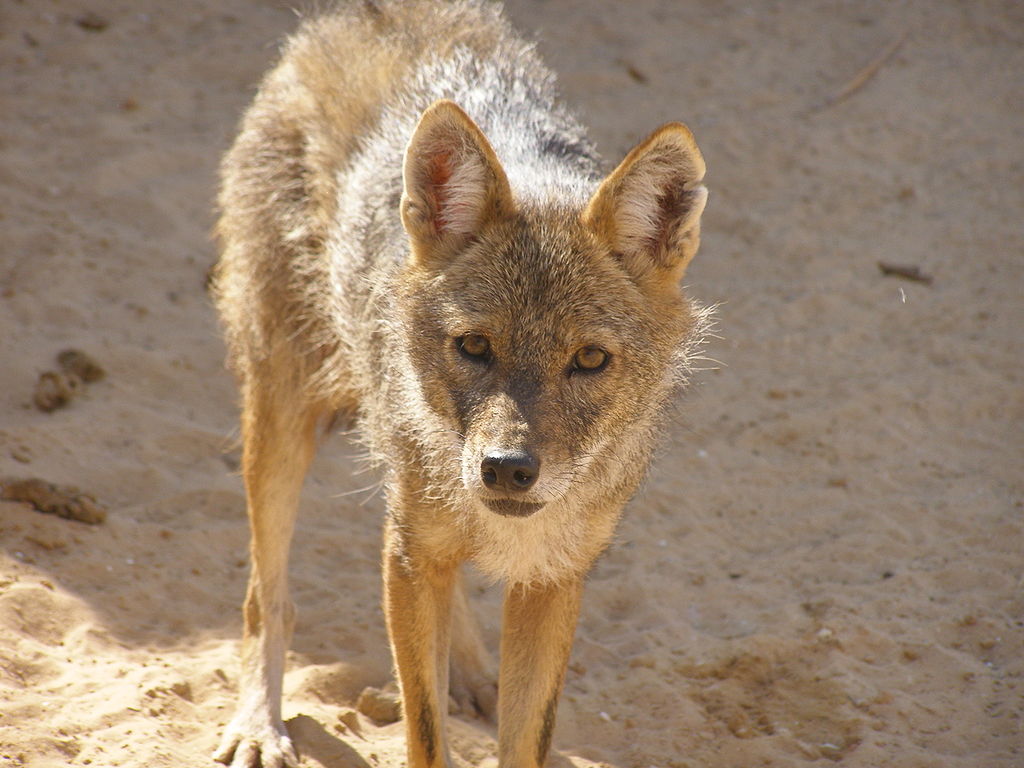 Historically limited to coastal regions along the Mediterranean and Black Sea, golden jackals have been expanding their range northwards and westwards in most parts of Europe since the 19th century. While considered a pest in some parts of Europe and Countries like Israel the species has an acknowledged role in removing high quantities of animal waste and crop pest rodents in European human dominated landscapes. 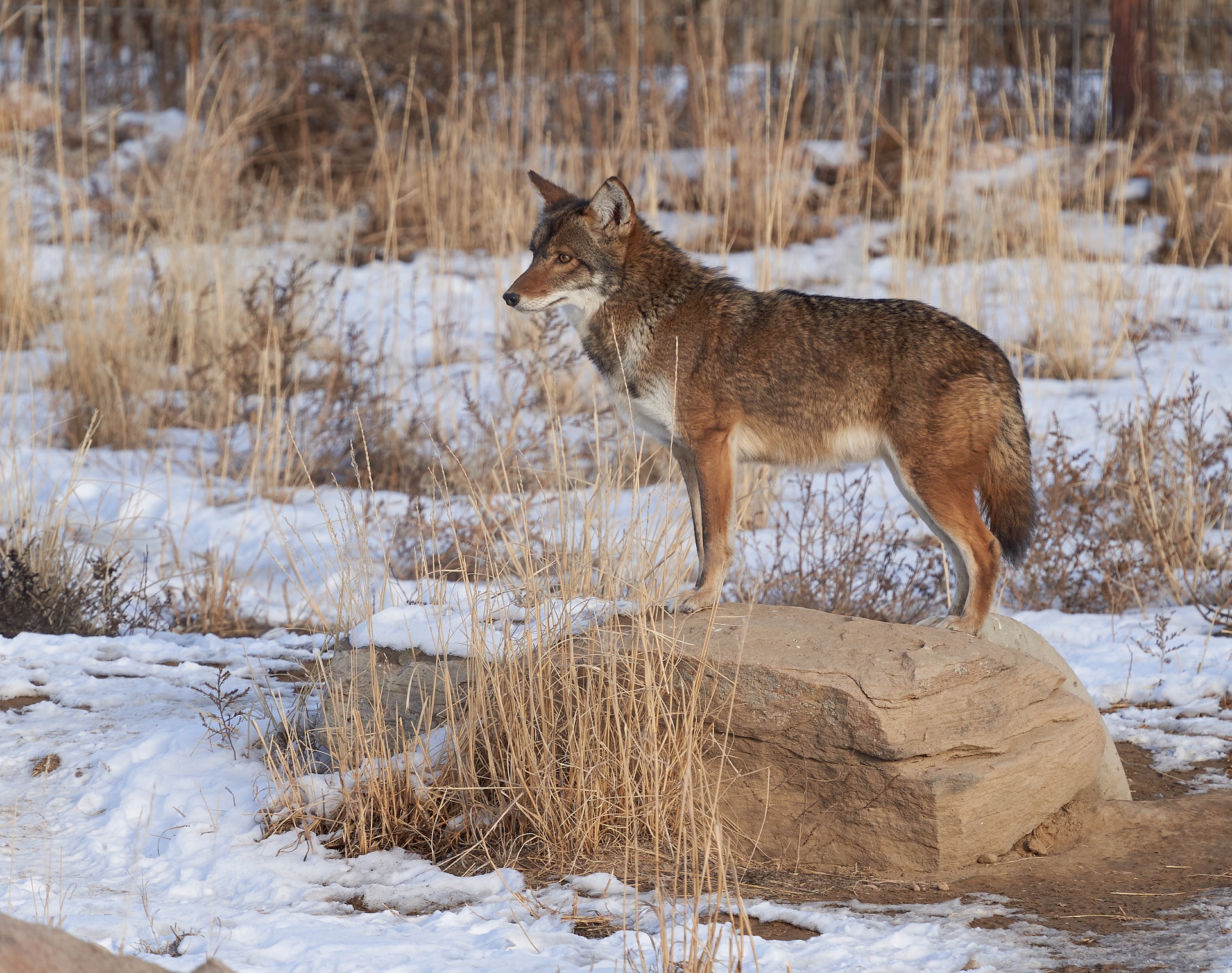 Coyote is native to North America and occupies much of the same ecological niche as the golden jackal does in the European and Aisan continent. Before the extermination efforts of wolves and cougars, the coyote was numerous in grasslands inhabited by bison, pronghorn, elk, and other deer. However, once the wolf population was driven to near extinction, the coyote's range expanded to encompass parts of Guatemala forests and the northern slope of Alaska. 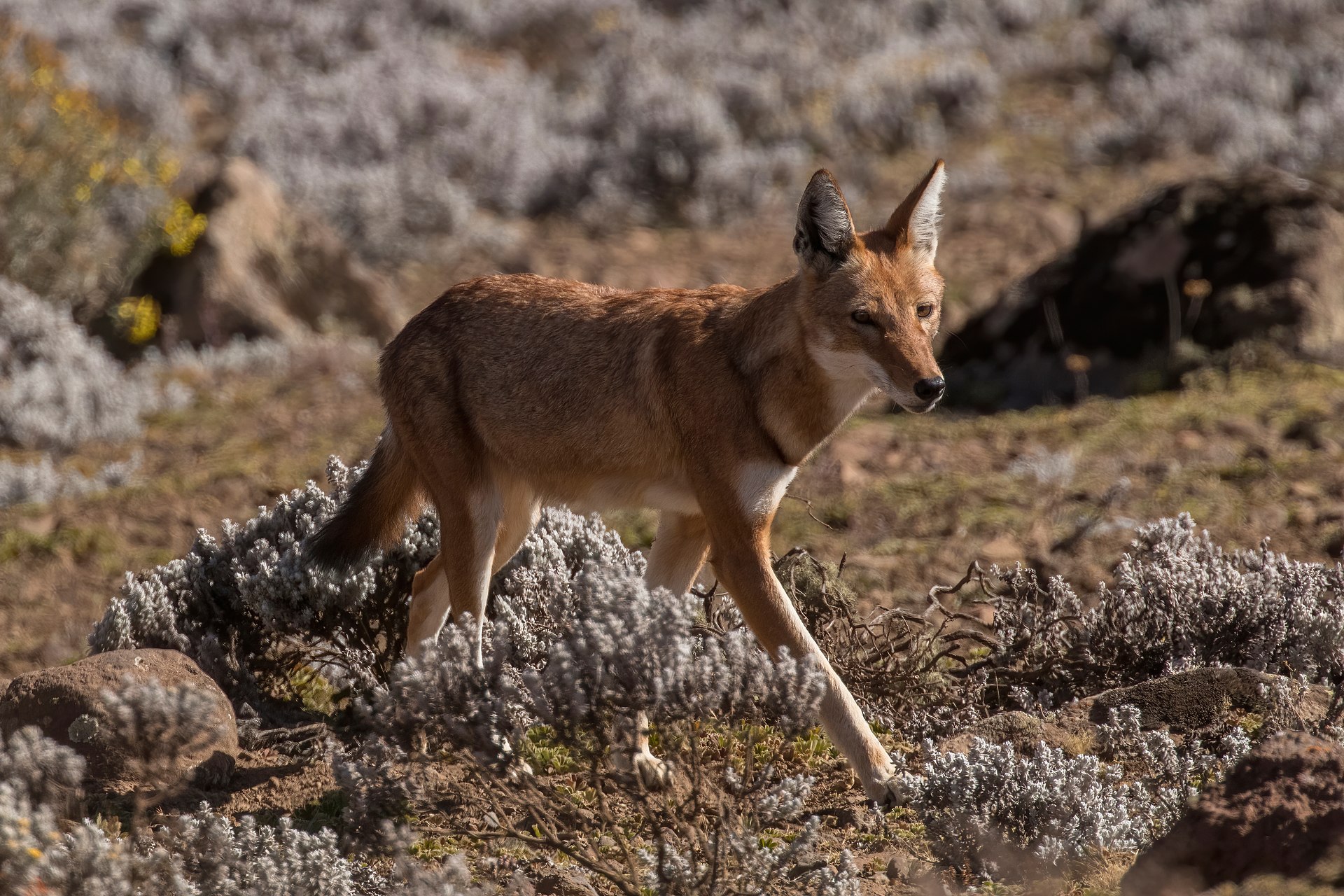 Similar to the coyote in size and build, Ethiopian wolf is distinguished by its long and narrow skull, and its red and white fur. The species is native to the Ethiopian Highlands. The Ethiopian wolf has been considered rare since it was first recorded scientifically, today it is marked as Endangered on the IUCN red list. The threats for this species are directly and indirectly human-induced. Its proximate threats include habitat loss and fragmentation (primarily for agriculture purposes), diseases, conflict with humans (poisoning, persecution, and road kills), and hybridisation with dogs. 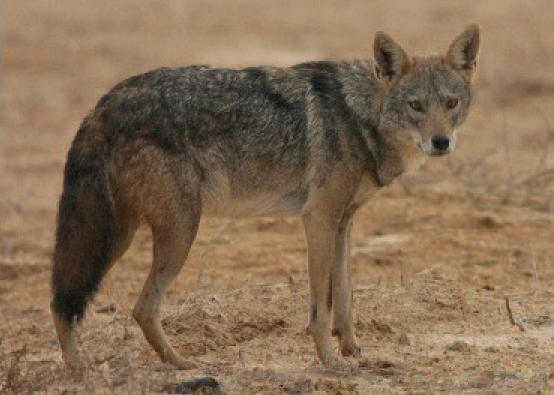 Native to North Africa, West Africa, the Sahel, northern East Africa, and the Horn of Africa, African wolf is primarily a predator, feeding on invertebrates and mammals as large as gazelle fawns. The species inhabits a wide variety of habitats ranging in the climatic range. Inhabiting mediterranean, coastal and hilly areas in Algeria;  and tropical, semi-arid climate zones including Sahelian savannahs in Senegal. Meanwhile, the populations in Mali have been documented in arid Sahelian massifs. In Egypt, the African wolf inhabits agricultural areas, wastelands, desert margins, rocky areas, and cliffs. 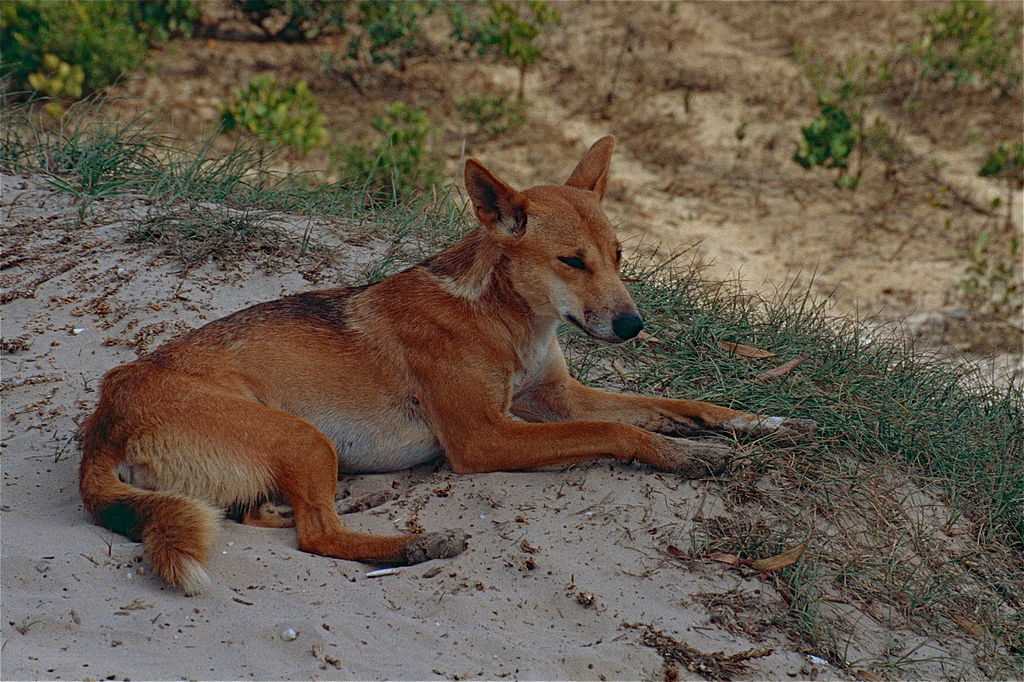 Before the European settlement, Dingos occurred throughout the Australian mainland, however, today, they are absent from most of New South Wales, Victoria, the southeastern third of South Australia, and the southwestern tip of Western Australia. They are rare in the eastern half of Western Australia and the areas of the Northern Territory and South Australia. Dingos are opportunistic hunters that hunt either alone or in cooperative packs pursuing small game such as rabbits, rodents, birds, and lizards. 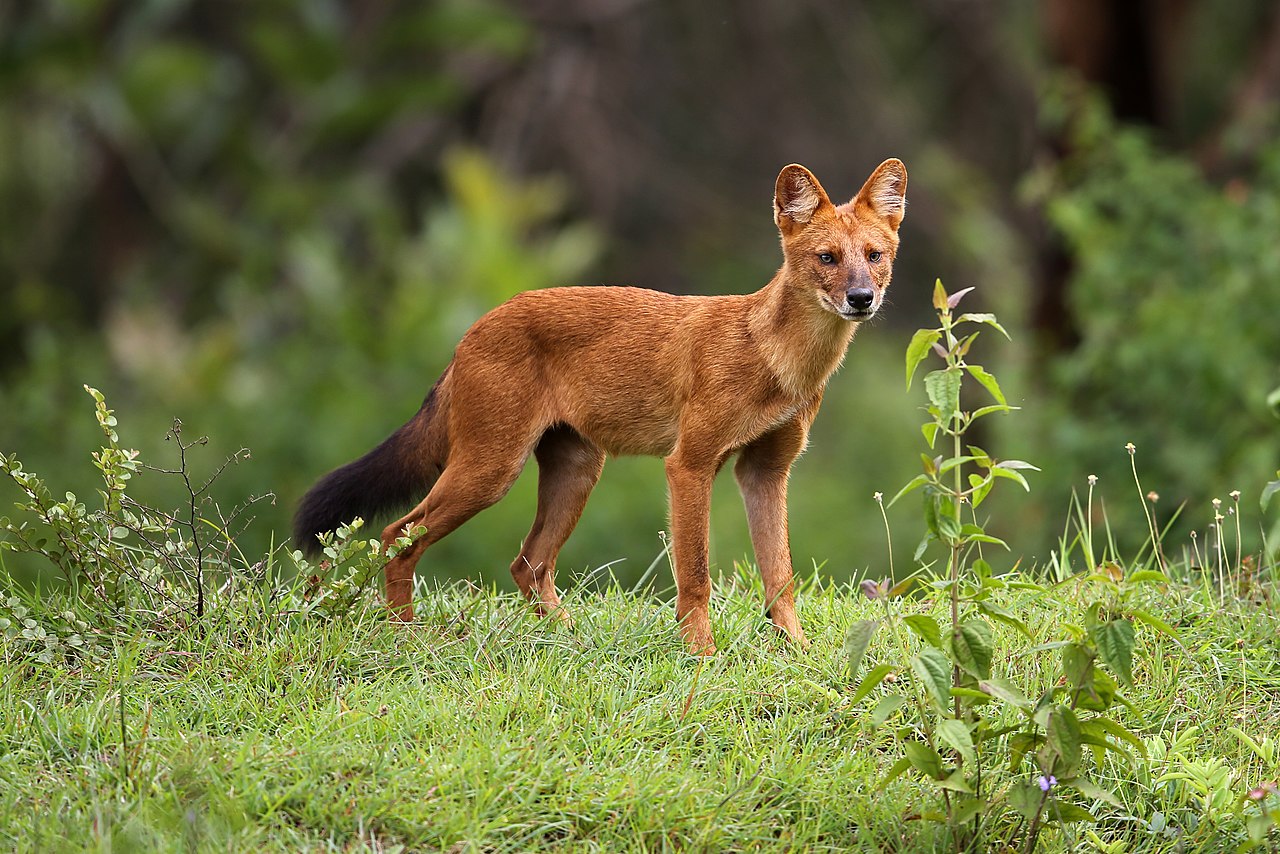 Dholes used to be a wide-ranging species that covered almost half the globe. The species is found in dense jungles, steppes, mountains, scrub forests, and pine forests. Today dhole is classed as an endangered species by IUCN with an estimated population of fewer than 2,500 adults. The common cause for their endangerment is the intense hunting of dhole prey such as wild boar by humans which has diminished the carnivores’ food base in some areas. Dholes are also victims of poaching as livestock owners often kill dholes if they predate or are thought to predate on domestic animals.